I have been dreaming of driving an all electric car for years, the Tesla model S and X are way out of reach, pricewise. But all other options seemed to be cars in the 100 miles per charge range, which I thought was too little for our family. (Now there is the Bolt EV with an estimated 238 miles).

This past April, I started looking for our next car, most of the time it was my wife who got to pick cars (she is more into cars than me :)). But this time, she wasn’t interested.

As my daughter and I were looking online at cars, I figured to look at electric ones. Over my shoulder she pointed to the Kia Soul EV 2017. It was listed with a 93 miles range so I moved on.

The next morning I mentioned the car and its limited range to my wife and she said:

“90+ miles is plenty for us, call the dealer and see what price we get.”

That was a Saturday, Sunday at around 12pm we packed the kids and some food in our Kia Soul (gas car) and drove from North Carolina to Georgia, the closets dealer that had the EV version.

A few hours later we had signed all the paperwork, said goodbye to our old Kia and were on our way home, I had mapped a few charge stations on the way, had the plugshare.com app on my cell and was ready for the trip. I knew that we wanted to only stop at the DC chargers, which can charge the car to around 90% in just 30 mimutes, but there was a pretty long portion of the last leg of the trip where we had no chargers at all. 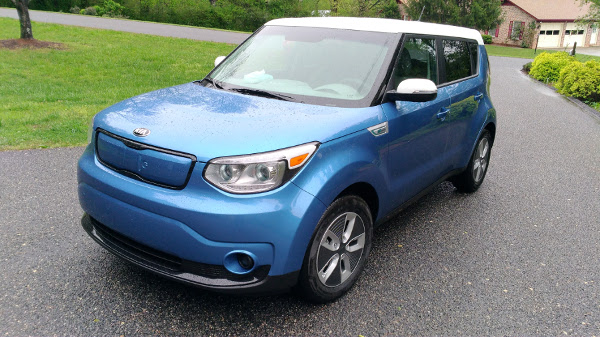 Things didn’t look good, as we drove on the highway, the range kept going down too fast and it didn’t seem we were going to make it to our second stop, we had something like 10 miles to go, but only range for about 5 miles, yes, half. We ended up having to drive at around 25mph and we just made it to the DC charger.

There, we charged all the way to about 90% and then off we went, and soon after we got back on the highway, again the range display was telling us we didn’t have enough, it would go from 90 miles down to 80 just after driving 2 miles or so. It was late, rainy and we were all tired, a two year old boy and a 7 year old girl who were ready to just be home and me thinking we had made a huge mistake going electric.

We finally get closer to the North Carolina border, GPS told us we had about 30 miles to go, and the range said we had about 29 miles, to make matters worse, we needed to get over a huge mountain. At this point we had to go back to 30, and then 25 miles per hour on the highway, down to about 15 once we got off the highway and about three blocks away from our house the car dashboard just stopped reporting the range, it just showed dashes, the car had given up on warning us that we needed to charge the car, but we made it to the garage!

We sent the kids to sleep, I plugged the car to the regular 110v outlet and the car reported it would be around 27 hours before fully charged. 6 hours later I had to take the kids to their schools, I was hoping I would have enough charge!

The next morning the car reported around 30 miles of range, enough to take the kids to school and back. But then we had to decide what to do. I felt the car didn’t have a 90 miles range at all, it felt more like 50 miles per charge and I really didn’t want to spend the next 3 years of the lease driving on the highway at 30mph!

My wife was super calm, she didn’t believe for a second that we had made a mistake (she has this way of just knowing things).

Meantime, I emailed the dealer to tell them our experience so far, I knew that we had 3 days to change our mind and get our old car back, but the new car would take more than a day to be fully charged. That didn’t leave me much time to do any kind of test.

Tuesday we agreed to drive to Target, it was around 15 miles away. I was in panic mode the whole time we drove there, thinking I was going to have to turn around half way due to range. But that didn’t happen!, we made it there and back just fine. I felt it was a miracle. I had spent hours looking online to see what others were saying about the Soul EV, and nobody had such bad range as we did on the way back from Georgia. For some time, I assumed it was related to the elevation, pretty much the whole way from GA to NC we gained elevation.

The following week Hayley and I setup to make another test, we would drive to Greenville, SC and back, on the way back we had that big mountiain I was so worried about. We warned our sitter that our trip could end up taking a lot longer, and off we went.

The test was a success!, we made it all the way there and back and had about 20+% battery left. At this point I had learned that driving on cruise control helps a lot, I also learned that using the AC doesn’t really reduce your range that much and going uphill isn’t as terrible as I feared.

I also learned that the range display on the car isn’t very accurate, it is better to check the percentage display.

What not to do with an electric car

So, what was the big issue when we first got the car? We kept accelerating and then letting the regenerative breaking charge the battery, but in doing so, we ended up using a lot more battery than if we simply drove normal, in a smooth way.

This tells me that we can definitely go a little over 100 miles on a charge. We are very happy with this Kia Soul EV, the range is great, it’s very quiet, all four of us fit nicely and have plenty of cargo room on the back.

If you are in the market for an EV, definitelly look at the Kia Soul EV

I hope you find this useful. 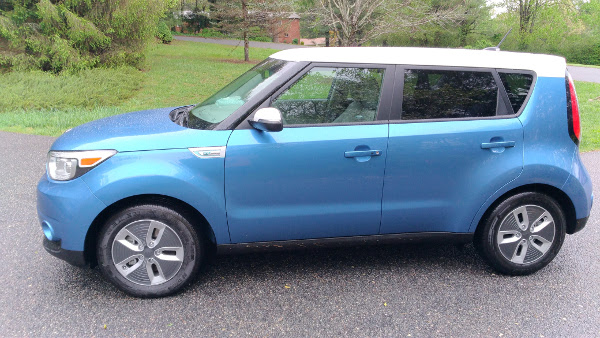